Get fresh music recommendations delivered to your inbox every Friday.

Listen To The Painters 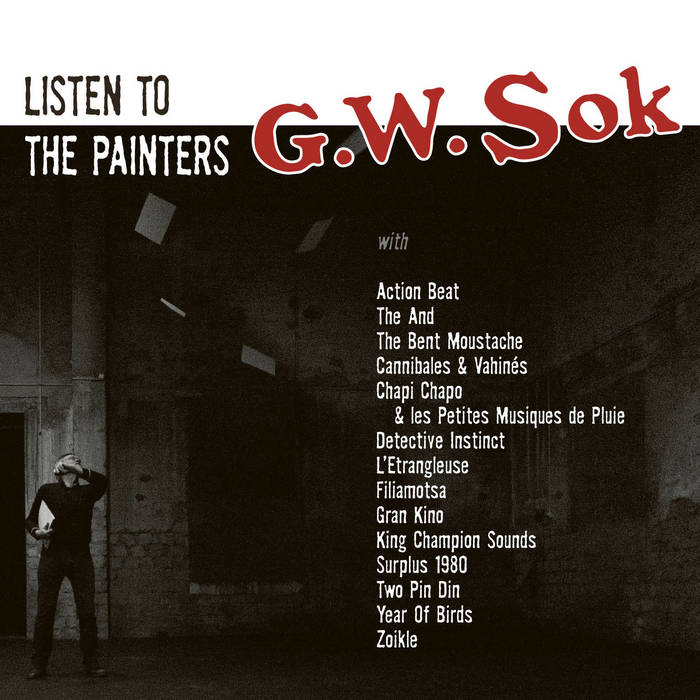 Erik Daas A nice compilation of what you can expect if you start listening to GW Sok's adventures during and after being part of The Ex. Favorite track: Here we go again.

Also available as a 14-track CD,
via EX MAILORDER (exmailorder.nl/shop/sok)

After saying goodbye to The Ex at the end of 2008, after thirty years of this beautiful frenzy, I thought I was done with music. For three decades the band had been my life, my family, my vehicle. Thus leaving wasn’t easy. But it was time to move on, time for a change, time for something else. Even though I didn’t know yet what that something else might be.
During the first Exless year I got involved in a production of the Dutch theatre company Noord Nederlands Toneel, and so, somewhat by chance, I ended up on a nationwide tour with 60 performances of Dante’s La Divina Comedia. And it made me realize that I still enjoyed being on stage, performing and playing with language.
Around the same time, at the end of 2009, a couple of musical collaborations came my way through the internet. Chapi Chapo and Detective Instinct, people I didn’t know but who liked what I’d done during my life as an Ex, sent me some tracks and asked me to add words and vocals.
Then, in early 2010, my collaboration with Cannibales & Vahinés from Toulouse began. And since we would only play on and off, I would occasionally travel back and forth from Holland. This gave me also time to work with Zoikle, based in Rotterdam, after a musical collaboration for a short experimental film.
Meanwhile, my friends from Two Pin Din invited me for a guest appearance at one of their shows, and together we wrote some songs. Then somehow, suddenly I got approached by more and more bands from all over the place. Different kinds of people with different kinds of music from different kinds of countries. Most of these collaborations simply started out as one-offs, but things got slightly out of hand...
So here I am, in the year 2016, happily writing lyrics for this, that, and the other project, playing in about six bands, and doing the occasional guest vocal. Much of the music is pretty good stuff, really, and yet rather unknown. And as most of these projects take place in different countries and different scenes, my audience nowadays is widespread and scattered. Hence the idea to offer you, dear listener, some sort of cross section of my recent musical and lyrical escapades. Just for the hell of it.
I wanna say thanks to the bands and artists involved in this album, for their confidence, trust, friendship, and generosity. Also thanks, of course, to those not present on this (first) compilation: you know who you are. Even better: so do I. And it’s a pleasure.
G.W. Sok — Amsterdam, April 2016

all words by G.W. Sok
all music by the artists involved
photo © Christina Hallström
Tractor Notown, cat.no. NOT 08
www.druxat.nl / mail@druxat.nl

Bandcamp Daily  your guide to the world of Bandcamp